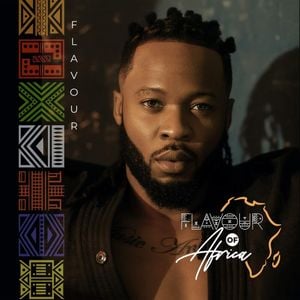 Multi talented Artist and song-writer well known as Flavour has released a studio Album project titled “Flavour Of Africa” all tracks are really impressive and you will surely love to add all tracks to your playlist.

Flavour Of Africa by Flavour is a means of communicating with fans, as it features below: